2015 - the year my father died, and the year I spent managing people and a platform at work. My third year of unsuccessfully trying to have a child. It was a hard year.

I think it's the first year I've truly felt like a grownup. Me, who never intended to grow up. There is nothing childlike about flying to Belgium to rescue my parents, getting all of us home safely, only to accept that my father would never wake from his coma. There is nothing youthful about agreeing to remove life support, watching my father die, nor taking responsibility for funeral and finances (with my siblings).

How can I possibly feel like a kid? My dad was the grownup. He was the one I turned to for advice on everything. Or - even if I was too stubborn to ask him for advice - he was at least the one I knew would know the answer. I have almost always based decisions on what he would do, because he knows everything. Knew everything. Now, without a dad, I have to be the adult.

Forced into the big cruel world at the tender age of 40-something. I know that's very silly, but it also feels very true. There is nothing more "adult-y" I can think of than being the one in charge of planning a funeral.

But that said, the year was also full of bright spots. I love my husband and my dog. We traveled, saw friends, did several (walking) races, skied, worked, and adventured. I am grateful every day for my tiny little nuclear family, and my large and warm friend-family.

Hello, good afternoon, and thank you all for coming. Today we are here to remember and celebrate the life of Paul W. For those of you who don’t know me, I’m K, Paul’s oldest daughter.

It was the summer of 1939, when Eugene W and Regina L were married. They had met in West Virginia through work, because they were both employed by NACA, National Advisory Committee for Aeronautics - this was the predecessor of NASA, before the space age.

They had five children, of which Paul was the second. He was also the only boy, with 4 sisters. Paul’s older sister Frances, or “Fran”, was born in 1940, in Virginia.

Paul was born next, on October 21, 1941, in Bay Shore, Long Island. His parents moved around a lot during his childhood - his sister Ellen was born in Westbury Long Island in 1943.
( Collapse ) 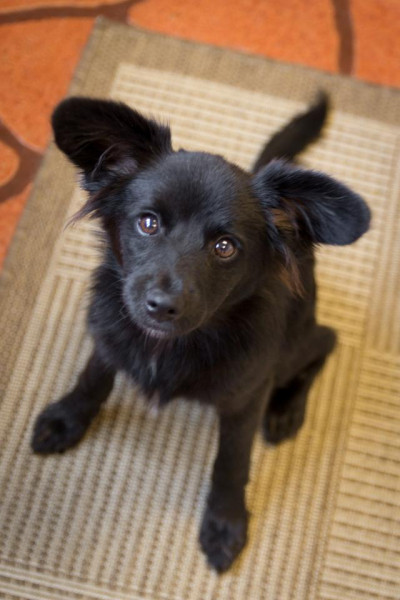 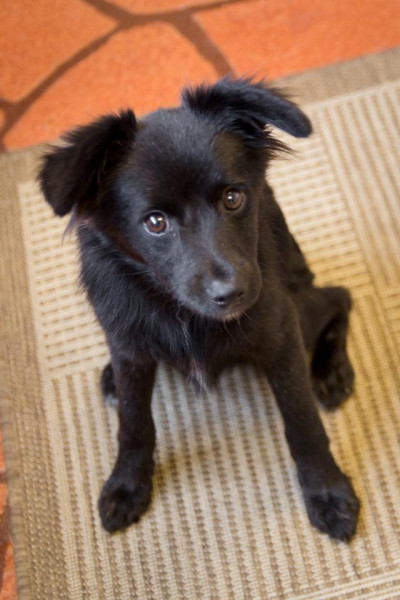 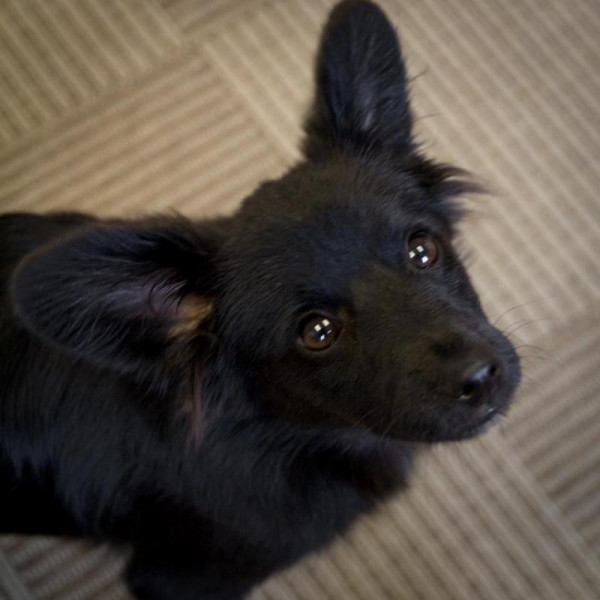 Right now he's at the shelter (which is inside a Vet's office), recovering from kennel cough. Then he needs some fixin'. Then.... THEN HE COMES HOME!

Over the weekend we went shopping, and we picked him up a crate, a collar, a leash, a toy, a blankie, and a pillow. And another toy, and some treats. And a tag. I think we have all the essentials, especially since he'll come home with some food and medication and stuff. A friend gave me a brush, harness, and towel.

This is going to be such a fun adventure. Once we figure this guy out (our practice dog), we might go crazy and get a SECOND dog to hang out with the first one!!

Right now his shelter name is "Shadow". But we're going to change it. The two contenders are "Stormageddon, Dark Lord of All", and "Velvet Thunder". Or maybe Guinness.

I hope he still remembers us, and I hope he's as excited to come home as we are to have him coming home. Can't wait to see you, Stormy!

"What the caterpillar calls the end, the rest of the world calls a butterfly." -Lao Tzu 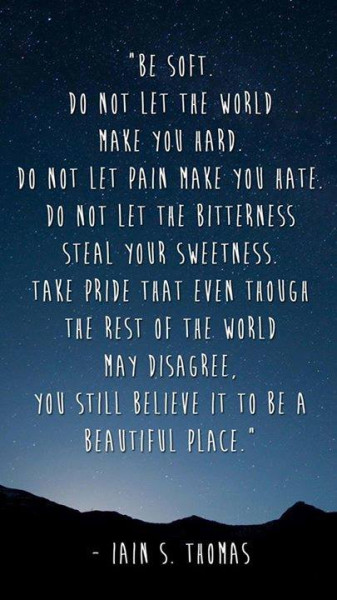 Sitting on the plane today, having landed in Detroit (just in from Boston). I happened to be seated directly above the baggage compartment door, so while waiting to deplane I could observe through my little round window the baggage handlers' efforts to remove the baggage from the plane.

They had the usual train with luggage cars lined up, and a ramp set up from the door in the plane down to the luggage train. The ramp was supposed to be motorized, moving the bags from the plane to the train in an orderly fashion. A single small bag was on the ramp, moving down toward the bottom.

The ramp stopped moving. Out of everything on the plane, just one minuscule bag had been removed, and it was stuck just a foot away from the plane itself. It was also such a small bag, it seemed to me it could have easily just fit underneath the seat in front of whoever owned the little bag.

A couple of baggage handlers appeared into view, waving their hands and talking to one another. They proceeded to look at the ramp, apparently trying to figure out why it had stopped moving. One bent down and looked underneath, another started jiggling buttons. Eventually the ramp moved, and more luggage emerged.

The bags moved down the ramp, and the littlest one had just made it to the end of the ramp when - of course - the ramp stopped moving again. More jiggling and hand-waving, finally the ramp moved and the handler tossed the little suitcase onto the train. Several others followed, and order seemed to be restored. The one handler was waving his arms in the air, making imaginary high-fives, and declaring victory.

Since the people in my plane were still not being allowed off, I kept watching the luggage circus. I was keeping an eye out for my own bag, since it has a distinctive and easy-to-spot pattern. Just as it emerged into view on the ramp, the ramp stopped again. Now the ramp was full of large bags, and I clearly saw the one handler mouth to the other one, "Mother Fucker!" I laughed.

He bent down again to look at the ramp from underneath, but did not appear to find anything. Finally he went to the end of the ramp, pulled off the suitcase, and tossed it onto the train. Then he walked further up the ramp, removed its suitcase, and hefted it into the train. He kept making his way slowly along the ramp toward the plane, grabbing the bags and carrying them inefficiently one at a time to the cart, looking grumpy. Finally there were just two suitcases visible from my angle - my case, and one in front of it.

All of a sudden, the ramp kicked in again, and the top two suitcases started moving down, along with a third behind them. This time for some reason they were moving much faster than before, practically charging down the ramp. The handler had to run to the bottom of the ramp just as the first got to the end. He grabbed it, turned and tossed it onto the baggage train, just as the next suitcase (mine) was about to tip off the ramp entirely. He caught my suitcase before it fell, and literally threw it at the train, then grabbed the next one - at which point the ramp stopped again.

I couldn't help but laugh. Those poor guys! Fortunately there was a lot of smiling, laughing, and eye-rolling amid the exasperation they were showing. Just another day at the office, right?

Two days ago I accepted the job of Engineering Manager at my current company. It came with a nice raise, which is good, and a ton of responsibility (most of which I'm not even sure what it is yet), which is scary, but an opportunity to do good at a company I like.

Will I be glad I took this job? I'm not sure, but I'm about to find out. I'm excited about the opportunity, but nervous about the work. We'll see how I feel about it in six months or so....

It's a lovely summer day, and I am reading a book on my deck. The deck needs a coat of paint or stain, but I am pretending not to notice

There is a spider by me, a little guy maybe the size of a dime if you include his legs. He is striped orange and gray, and has an intricately constructed web. I can only see the web if I focus my eyes where I think it is, then gently move my head back and forth to blur the background. I tried to take a photograph, but it is too small and invisible for my camera phone's focus to find.

There are children playing with their mom a few yards down. I can hear their voices through the trees, but all I can see is my yard and my trees. My garden, my deck, and my spider.

I haven't seen any deer in awhile, but all of the tops of my tomatoes have been munched off, evidence that the deer must visit when I am either sleeping or at work. I think about deer repellant, which I just bought, or a cage or net of some sort to protect the tomatoes. I was looking forward to eating them myself, not feeding them to deer too rude to even show themselves to me.

The spider hasn't caught anything yet. A giant version of this spider's net would trap or deter the deer, but it might puzzle the neighbors.

I love this peaceful neighborhood, but the children's voices break the mood. I wonder what we were thinking sometimes, buying this nice big house, with room to grow, in such a family friendly neighborhood. Overconfidence, I suppose. An arrogant assumption that the universe can be predicted, perhaps. Still, it is beautiful here, the house is lovely, and M and I have a very good life here. That's much more than many people get to enjoy.

I lit a candle today, and spent some time remembering. Such a very long time ago.

Life is complicated. But worth it.

M and I had "virtual friday" dinner this evening, and our waitress was amusing. She was very young. And earnest. "Our waitress is twelve," commented M.

"Well, she served us wine, so she must be over eighteen. Maybe just a day over."

But she wasn't bad at her job. After she brought us the check, she made some small-talk. "Have a great holiday weekend. Are you doing anything special?"

"No, just seeing some friends. We'll probably go to the parade tomorrow."

"Oh that sounds so fun, are there rides and stuff?"

"No, just... well, boyscounts and firefighters marching and such."

She reiterated that sounded fun, and that she would have to check it out. When she walked away I blinked at M. "Why would there be rides and stuff at a parade??"

He laughed. "She's young... what does she know?"
Collapse