In the morning of Christmas Eve, back when I was still single, I convinced Sis and M to go hermit crab shopping with me. My nephew has asked for a live medium crab for Christmas, and I was determined to fulfill his wish.

We called around until we found a pet store that stocked them. When we arrived, we found a ton of large crabs! The problem was that we wanted 2 small ones. We settled on a small and a medium, and a big cartful of crabitat and crab supplies. Upon taking it home, we set it all up and installed the crabs inside. They looked great! In retrospect though, I find myself wondering why on earth we took no pictures?!

Then we had lunch, then M and I went for our momentous walk detailed in Part I. Upon returning, we gathered my family and told them the good news. Then it was time to go to church -- my niece and nephew were in the Christmas pageant! Tilly was a goat, and Will was a cherub.

Before the service, I told my Bro, his wife, and their daughter Tilly. They were all pleased, although distracted by the imminent event.

After church, when we got back to Mom and Dad's house, M and I ducked into the back room so that he could call his mother with the good news. A few minutes later, Will came in, his eyes huge.

"Auntie Lynn told me to ask you what that thing on the kitchen table is!" (The table contains a nicely filled and decorated crabitat, with two crabs, and a jaunty bow on top.)

I smiled and told him I'd be just one minute. Once I'd given my best to his mum, and he seemed to have the conversation well in hand, I left the room. Will stood just outside, near explosion.

I've never quite seen a child vibrate so desperately. He was desperate to know what was on the kitchen table, but he'd been told quite firmly I had to tell him. Thus he was being polite and waiting, even while straining against this with every fiber of his being. The little boy was bouncing up and down, twisting his hands, struggling to stay in one place and wait patiently.

"First, is that M and I went on a walk today, and he asked me to marry him. So we're going to have a wedding, and he's going to be your real uncle! Isn't that great? See, here's the ring. Isn't it pretty?" "Uh-huh, uh-huh," he agreed. He tried to look, and he tried to agree, poor thing. I felt bad making him wait, but I also would have felt bad not telling him, when everyone else already knew.

Finally, the treat came. I started walking to the kitchen. "And the other thing to tell you is that M and I have a special present for you this year. It's two hermit crabs!"

He bounced beside me like a puppy. "Really? No way! I can't believe I got a live animal for Christmas!" He was thrilled, and spent the next half hour absorbed in the crabs - even with the mound of unopened presents around the tree in the next room.

Later that night my bro texted me from home. "Will got out of bed to say good night to the crabs. 'Goodnight crabs... I love you!'" Awwwww.... I think I hit on a good gift!

M and I spend that night in a motel, since space is at a premium in my parents' tiny Chicago apartment. It was midnight on Christmas eve, and we wanted to share our good news with our friends. "We need to update our facebook statuses!" Unfortunately it was $10 for internet in the room.

"There's a business center," M pointed out. "I bet it's empty right now."

"Good idea." We were both in our jammies, but so what? It was midnight. We took the elevator down to the second floor, and wandered down the hall. We had my phone, his camera, a cable, two room cards, and pajamas. What more do you need?

We padded our way into the business center, and were pleased to find it dark and empty. We curled up in the comfy executive chairs and logged into two computers sitting next to one another. I tried plugging the camera into the computer's USB port, and was pleased to discover it let me do that no problem.

With a little bit of tweaking, I got it to allow me to upload the camera's photos onto Facebook - but I waited to publish them. Then he typed up a status update. "Wait wait, don't click it until I have mine ready!" We didn't want any friend to be hurt from finding out from one of us before the other.

I typed up an update too, and then did the countdown: "Three, two, one, click!" We giggled like children at how geeky we were being.

Then I posted the photos. Then he reminded me, "We have to change our relationship status too!"

"Oh right, definitely." But it was hard to find the right place. Eventually we found the correct radio button. then we both clicked the "Save" button simultaneously once again, on my 3-2-1 count.

At that point, we just sat back in our leather chairs and let the congratulations pour in. People were clicking "like", they were commenting with happy remarks, then were responding to our photos, our status change.... it was so fun! It was kind of like watching the results on election night.

"What on earth is wrong with our friends," we had to ask, "that they are all on Facebook at midnight on Christmas Eve?" But maybe it was all that was right with our friends, and they sensed there was something important to be seen on the internet on that starry silent night.

At any rate we had fun taking a few more pictures, and exchanging messages and texts with some of our friends. Eventually we called it a night - we could wait for tomorrow to collect the rest of our accolades. We padded our way back to our hotel room, curled up in bed, and spent our very first night as fiancés. Not a bad Christmas Eve, all told! 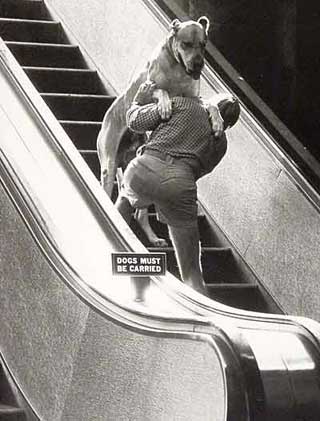